I created this portfolio to capture notable projects from different areas of my expertise. From my time as a Practical and Applied Arts teacher to my work as both an Educational Developer and Instructional Designer. This is my education related portfolio.

For other portfolios and more about me, check out the calling card link.

I’ve been playing around the Figma for my UX/UI Intro class at OCADu. After a bit of research we were asked to create a persona, and to consider a “data usage” app. I interviewed about half a dozen people and created a persona infographic for Mary Johannason. 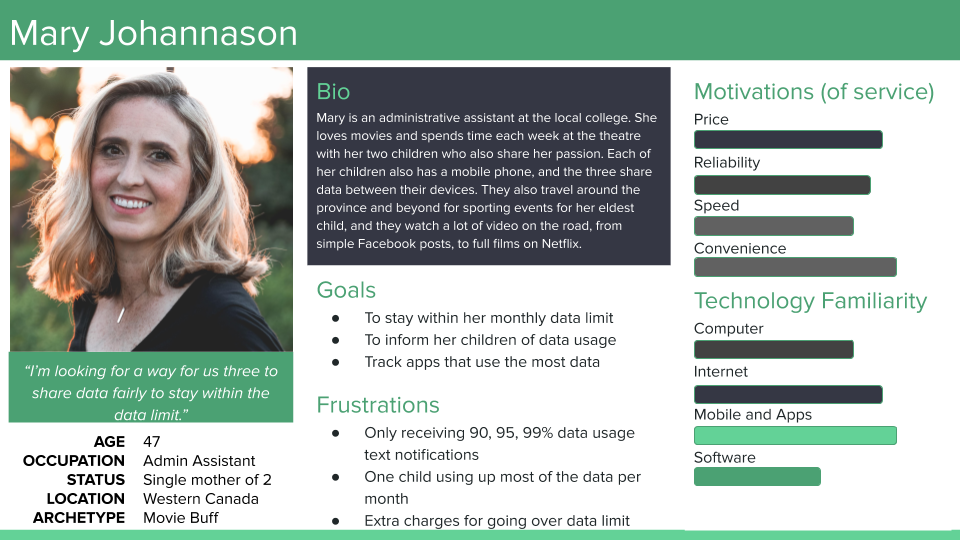 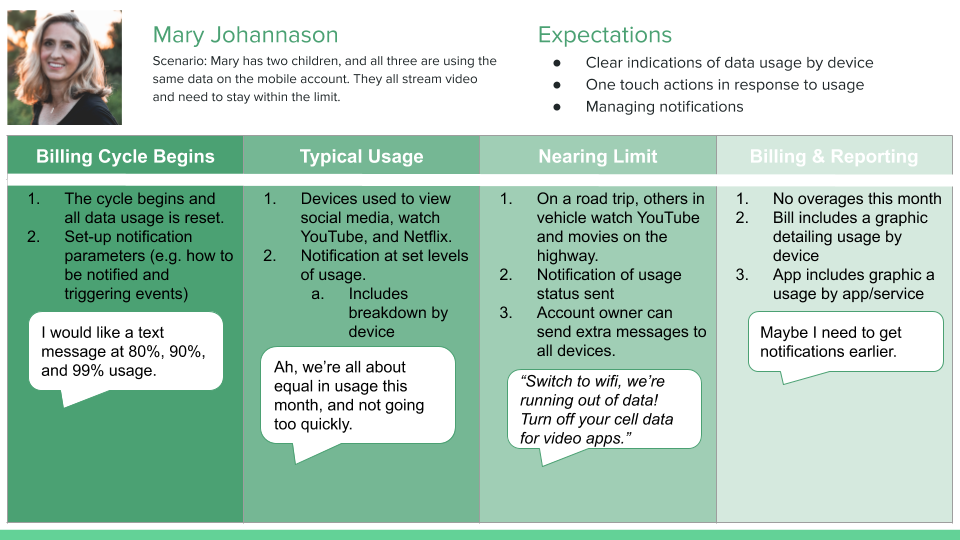 Then the wireframing began

We then received the style guide from our “client”, and I continued making mock-ups

Finally, I added some interaction to the mock-ups to make a basic prototype. Press “F” for the fullscreen interaction.