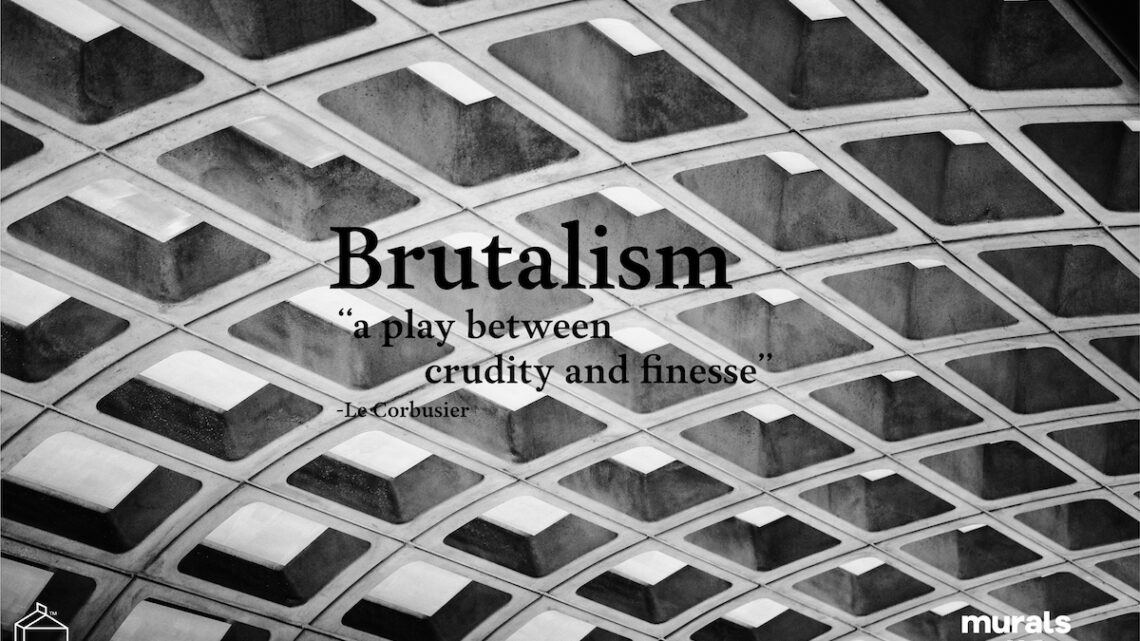 Checking out the Oldaily I came across Brutalist Worksheets. Here, Downes refers to a piece by Will Gourley by the same name, and adds “Now this isn’t a new trend, as evidenced by his references to worksheets created by the vertical foot on the photpocopier, but anyone taking courses online will immediately make the conceptual leap to digital technology, where brutalism in educational web architecture is the order of the day.” Having been a satellite to the design scene in Edmonton for a few years I have a soft spot for brutalism, it seems to be a hallmark of interest to designers there (along with maple and walnut combos if your medium is wood).

So I checked out the Gourley piece. In it, the author speaks about brutalism, “Have you ever seen something that made you wonder whether it’s sole purpose was to make you feel small or insignificant? I don’t mean this in feelgood sort of humbling way like you might ponder a mountain’s majesty or an ocean’s depth…Let’s call them Brutalist worksheets because, like the architecture, they make the learner to feel small, and powerless, and the learning devoid of inspiration.” This came as a surprise, because sure, some brutalist architecture is grand in scale, but “devoid of inspiration”? Hardly. In a section further down the author introduces brutalism in brief, “In the creative world of architecture there are several styles that have pervaded through history. We have remnants of the Victorian, Mid-Century Modern, Art Deco, and Modernist eras that occupy much of the past century and its edifices. There is another that cannot be overlooked because of it’s austere, raw, and imposing nature, Brutalism.” (the article linked gives a super brief history and some example structures).

However, the author focuses on the appearance of the objects in question with what feels like both aesthetic bias as well as a misunderstanding of the philosophies behind brutalism. They state that brutalism is meant to make you feel small and the object outdated and from a distant past. A common misconception – that usually English speaking folks make – is in what the word brutalism evokes in one’s imagination, brutal as in cruel, ferocious, or unsparring. But the origin of the term for the architecture movement is not in English, it comes from béton brut (raw conrete), and the origin of the architecture movement is often characterized by the exposure of raw materials to the public. Le Corbusier popularized the conception of raw concrete buildings but the philosophy and purpose was not simply to make one feel small or insignificant. Like other movements in design, brutalism was shaped by the world around it post-world war II, but a philosophy that ran through it was to create something simple, honest (such as through raw materials), and functional. Although there is a history of tension between brutalism as ethic vs aesthetic (Banham, 1966), there are socialist and utopian underpinnings to the approaches of early architects exploring this approach.

While an exact definition of brutalism can be hard to pin down, it is often characterized by repeatable modular patterns and groups, and exposed materials (a rejection of the painted brick and wood that came before). Considering the description of the worksheets as described, and both the ethic and aesthetic behind the brutalist movement, I think calling them brutalist worksheets is not the right description and casts shade at a really interesting design movement.  I could see doing some analysis between digital architecture and brutalism and then extending that to educational sites (to pick up where Downes comment ends) but the current title and framing certainly do not align with brutalism as a design ethic and it’s just too big a gap left for the reader to make the leap on the aesthetic.