The funny thing about portfolios is that they both capture pieces of work, but fall out of date relatively quickly. At least that’s my experience with them. I’ve created portfolios for teaching, for graduate school, for industrial arts projects, for hobby business related things (like the pen turning), and for instructional design and educational technology. The thing is, sometimes when you’re working and doing the day-in-the-life of any practice it can be difficult to a) update your portfolio frequently, b) see the work you do day-to-day as more than a task. I’m thankful for the opportunity to hit pause and look back on some of the projects I’ve worked on over the years here and reflect on them.

The question that prompted this,

Could you provide an overview of the H5P/Pressbooks projects you have worked on.

So, time to look back through the old files and see what I cooked up on some old projects.

The Blended Learning Handbook was the marriage of my work in educational development and the Blendkit from UCF. UCF offered a MOOC for a number of years and I found it quite helpful when I was starting out in ID. In late 2015 I was introduced to Pressbooks, and in early 2016 I was tasked with taking over the Blended Learning Series workshops at ualberta’s CTL. I moved the Blendkit content from PDFs to Pressbooks (pain staking let me tell you) and built the three workshops around that material. The main addition I created for this work was including the pre/post elements of the workshop toward the end of the book. This allowed me to share out the materials, but also for interested instructors who missed the workshop, it provided an outline of activities that we did during the session including any handouts. This was my first real project with Pressbooks but not the last. After moving to the U of S one of the first open textbook projects I started working on was with a medical educator, the project, Undergraduate Diagnostic Imaging Fundamentals. This book included hundreds of images within the book itself, but also links to a custom imaging system at usask to pull images and annotate them. A student could look up an image of a hand for example and annotate their observations and download that work for their own records. The early part of this book focused on introductory concepts in medical imaging, and the latter part was a series of case studies. It took quite a bit of work to get it this far, and for an extension of the project the author and I have talked about including H5P activities for some self-check and feedback options for readers, but have not made it that far quite yet. 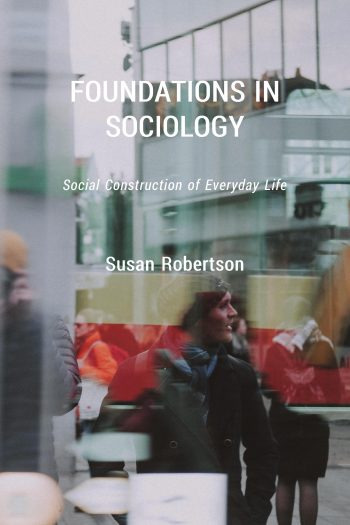 Many online courses can come with extensive, written learning modules. Our module template starts at about 5 pages with all the sections plus instructions included. I’ve had some module documents come back anywhere from 10 pages to 80 pages depending on how many images, videos, practice questions, etc. were in them. When I met the course author and instructor for the Social Construction of Everyday Life we discussed making the ‘module’ part of the course very short (just a series of highlights and activities) and the main learning materials as an open textbook. We moved away from using the traditional text and toward an open text that was available via BCCampus. However, like most introductory texts, the one we adopted included way more than we needed. It also introduced topics in a different order than we were going to, so it required some changes to the recipe. We moved content around, introduced new content, and placed a number of videos into the book. The way we coupled this resource with the LMS resulted in H5P module reviews embedded in the LMS rather than in the book itself. There’s always work to be done, or rather, projects sometimes are never perfect, only complete. Currently we are working on a second book for a companion course. At least one H5P activity has made it in there due to the type of video we wanted to embed. I wrote a bit about that over here. 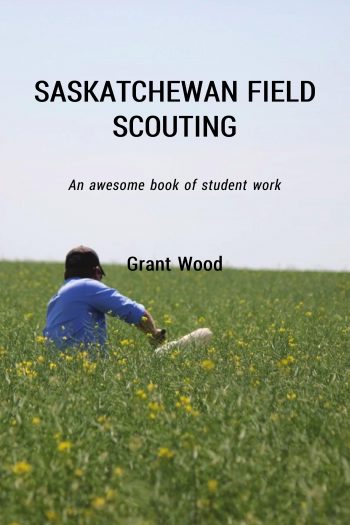 It’s still in the works, but one of the assignments in a field scouting course offered here has students take photos of crops and insects, fill out ID cards for them and submit. Originally a PowerPoint submission we decided that it could be more useful for current and useful students to create a sort of compendium of work. That way they can see multiple photos of the same crop disease or insect from different angles. It would be searchable thanks to Pressbooks’ search function, and organized by chapter and category. The first version of this is still in the works, but I’m interested to see the finished product. I’ve also imported various books over time, sometimes as just a test to see what the import would look like, but other times I have professional development in mind. When I need content to move around and try things out I often use the Creative Commons for Educators course materials. Other books I’ve imported with the hope of adding to/localising the materials. This is the case with both Humanizing Online Learning, and Creating Engaging Online Learning Experiences. As I mentioned before, when it comes to open textbooks it seems the work is never done. 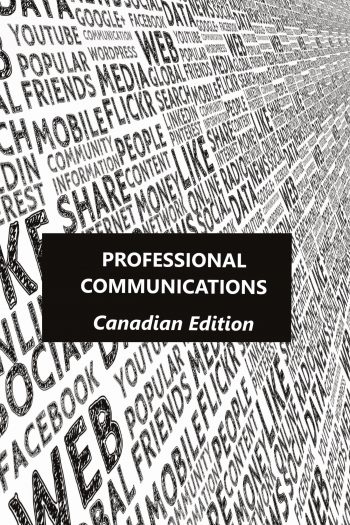 In 2015/16 I worked on an open textbook project with Olds College, Professional Communication Open Curriculum. At the time I hadn’t seen either Pressbooks or H5P, so we build the book in GDocs and included Check Your Understanding questions throughout the chapters, but had no way to make them interactive. The hope was that whoever adopted the book would be able to do that later. Well, an instructor from eCampus Ontario did just that, and now the book exists in Pressbooks and the activities are in H5P. I’m quite pleased to see this work continue on.

This is a lot tougher to think about than the Pressbooks work to be honest. In part it is because there are many similar H5P activities I’ve made over the years, but the work is also scattered across multiple platforms from H5P.org to different WordPress sites, to Pressbooks. All told, I could maybe estimate that I’ve made 250+ activities that are currently in use across courses I’ve worked on, personal projects, and presentations. I have some beyond that that hit the cutting room floor as they were made as demos or alternative content types to what was eventually settled on. I’ve been showing H5P more and more lately as remote teaching continues into the fall and I’ve gathered some of my favourite examples in those presentations. The first official presentation that included H5P I delivered was at the Alberta OER Summit 2017 (even though I’ve been using the tool since 2016) as part of Tools Supporting Open Education (aka SPLOT the OER Tools).  I talked a bit about it, but mostly Pressbooks, at usask open ed week during The Role of Support Units in the Use and Creation of Open Textbooks. We used to have an active group, The Community of Academic Technology Support (CATS) and I showed some samples of H5P as part of Making Rich and Interactive Content. I presented Ingredients for Interaction in Online Classes this spring in a session hosted by Maskwacis Cultural College, where I showed just to examples of H5P as a way to make content that supported Student-Content interactions online. They invited me back to do an H5P specific session so I grabbed more examples and talked through their use in It’s Alive! Using H5P to Create Interactive Online Content. Earlier this month the Dean of SAIT’s School of Construction invited me to do an intro to H5P session so It’s Alive! came back for a second round. I’m quite pleased with that one as I was supposed to give an englightening talk similar to the It’s Alive! presentations at a conference this spring that was cancelled. I’m glad it got some use after all.

That’s an overview of presentations that capture some of the H5P work. The long and short of it is that the two primary places I use H5P for online courses are as learning activities throughout the module and as module review exercises. More specific examples and write ups to come in follow-up posts.

Photo by Noom Peerapong on Unsplash