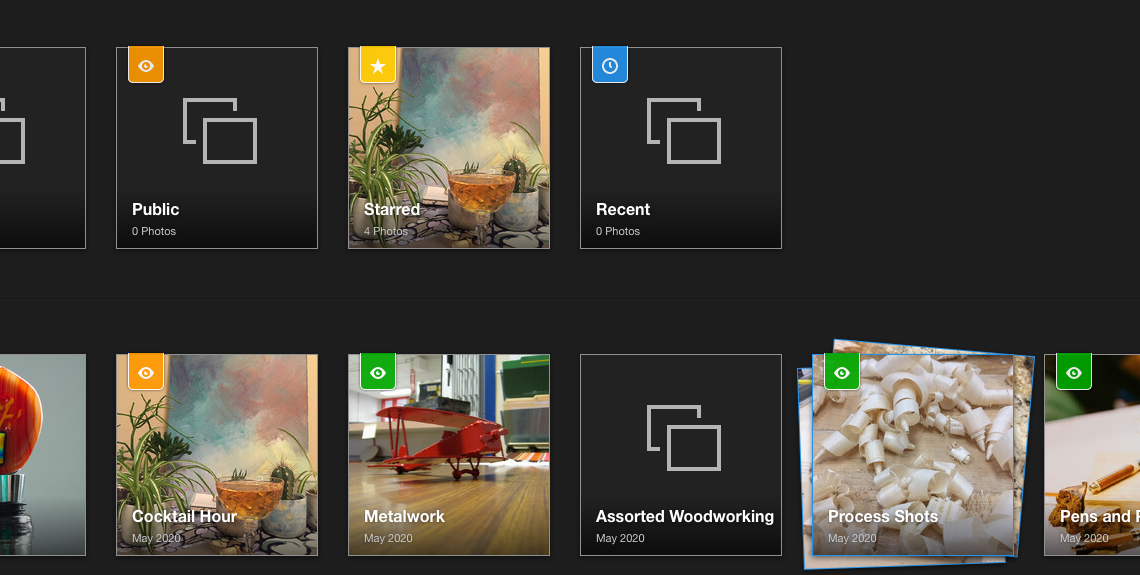 So all the way back in 2018 I was looking through the applications available to me in my Reclaim Hosting cPanel. Prior to 2017 I had used Facebook to share photos with friends and family, generally and of my travels. I also had an Instagram account, but it was mostly to share pictures of stuff I was working on, from cocktails to welding. I forget when it happened exactly, but at around this time I think Flickr had announced that all the free accounts were going to be restricted to like 1000 photos per account or something – side note, this broke the linking on a tonne of open educational resources which has been fun to try to reverse engineer.

I had seen and tried Koken, Piwigo, and ZenPhoto. While they work, and in the case of Koken are customizable, none of these really stuck. Soon I saw that Lychee had been added to the installatron. I think I was a pretty early adopter because I needed some help from the awesome folks at Reclaim (thanks Tim) to get it set up on my domain. Awesome, this looked simple to use and was really clean. Let’s get uploading photos! Or instead pump the brakes because there was a whole side to photo management that I’d never really done before, including stripping out the EXIFF data as well as optimizing things for web. Combine that with the change from iPhoto to Photos on my mac which basically put 10s of 1000s of my photos into a digital shoebox and shook it. So I put that project on pause while I went into photo sorting and curating mode.

Fast forward to a couple of weeks ago and I decided it was time to try again. I actually had two separate lychee installs, one for hobbies and one for other photos. I figured that was kind of ridiculous so I deleted them both, created a new all encompassing subdomain and was ready to install. I clicked the installatron, and it failed. I cleaned things out, and tried again to use the installatron. Failed again. I tried a few things and then finally clicked on the link to the Lychee github. It turns out that Lychee didn’t wait around for me to get my act together and they released version 4! Turns out that requires a newer verions of PHP than is running on the shared servers I’m on. Let the panic settle in, “JR why would you delete Lychee without backing it up first!?” I thought about contacting support right then, but I figured that I got myself into this mess, I should try to clean up my own mess.

I managed to find an archived version of Lychee 3. That’s step 1. Next, I refresh myself on how to upload things via FTP thanks to hand instructions written by Lauren and upload the Lychee package. The instructions from the archive state that when you navigate to the page for the first time you’ll be prompted to connect to a database. After that failed a few times it dawned on me that I would need to set up a MySQL database myself. I’d done this once before when I installed Stephen Downes’ gRSShopper platform on my domain (with plenty of help from Tim and Stephen). Head over to Control Panel and set up the database, navigate back to Lychee and connect the two. Then I was prompted to set up the admin account and now I’m in business!

There’s not much on there yet, but I plan to upload photos over time. What I like about Lychee is that it’s simple and clean. I have a fair amount of control over the visibility of photos and albums. It also gives me a way to describe and tag photos for further organization. It also have a built in licensing tool that allows you to license photos at the site, album, or photo level which is perfect. Even a couple years ago I don’t know that I would have been able to problem solve my way through all of this, but having my own space and access to the Control Panel and a bit of patience makes me feel like I will be able to continuing Reclaiming difference aspects of my digital life. If you’d like to see some of the early additions to the gallery you can check out my photowall.