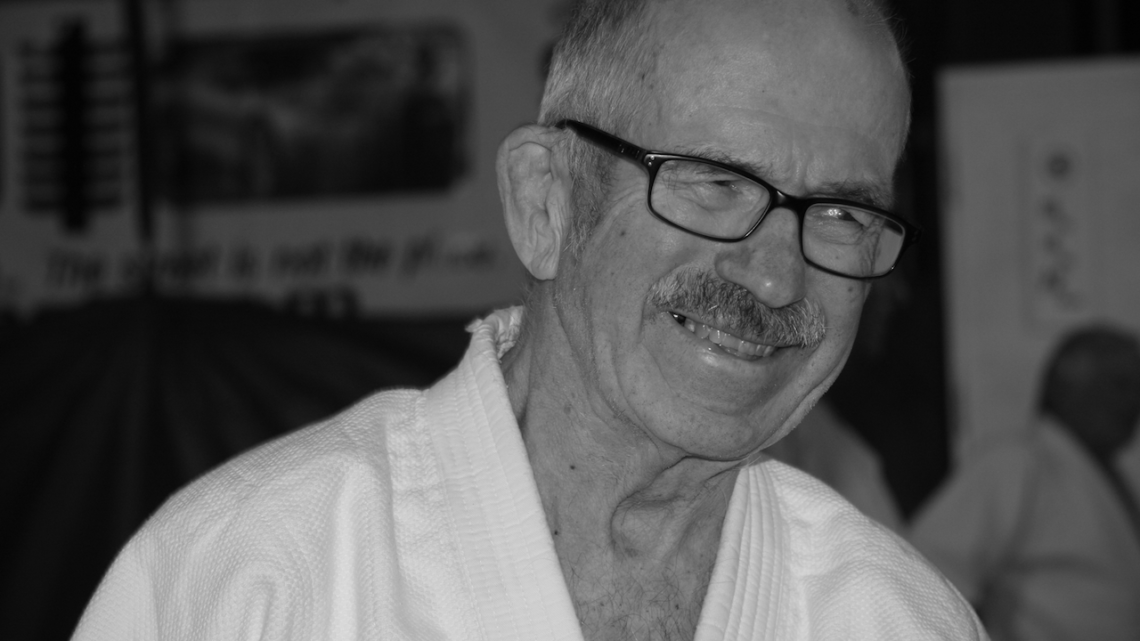 The Passing of a Sempai

I haven’t been able to attend any Judo classes or events since Edmonton International in March of this year. Since then the pandemic forced Judo Canada and each province to suspend activity. Being away from my Judo family has been a challenging part of self-isolation, even though I try to keep up with it a bit at home in the basic ways that I can. Friday is still footsweep Friday, I’m just missing a good uke and good tori. A couple of Judo friends and I keep touch on a group chat, and yesterday I learned that a Sempai of ours, Al Few, passed away. He was a pioneer of Judo in this province, and contributed to the development of Judo over 60 years. (I can’t imagine making it even close to 60 years of Judo, he has certainly left a high level goal to set for myself). He was inducted into the Sask Sports Hall of Fame in 2005, but I wouldn’t meet Sempai Few until 2009.

I started Judo in the fall of 2009 after a friend from university, who had started the year prior, had a pretty compelling argument for joining: 1) you learn something new, 2) you have fun, 3) you exercise. How many activities hit all three of those points? I’d been interested in joining a martial art since I was a kid, I mean come on I’m in the age group that grew up with the Ninja Turtles and Karate Kid. I didn’t know anything about Judo at the time, but I figured if I could go with friends it would be easy to start.

I met Sempai few in that first class, and am grateful that I had the opportunity to meet him. The classes at our club are run by Sensei Grant, but Sempai few would always have a special technique to teach those who wanted to learn more after each class. He was very involved in teaching us how better to apply the philosophies of Judo, especially of seiryoku zen’yō (精力善用). Our classes often use ne waza (ground work) as part of the warm-up, and Sempai would watch over the judoka in the club. You could see him examining every move you made, and he would offer advice and corrections for all kinds of things. Many of my favourite and most effective ground techniques I learned from him. More broadly, Sempai Few introduced me to the more philosophical and practical elements of Judo. As a beginner many of those lessons were unfortunately lost on me, but as I reflect on the ones I can recall, I’m beginning to slowly understand 10 years later.

This is a great loss for Saskatchewan Judo. I’m thankful that I had an opportunity to learn from Sempai Few, even if it was just for a few short years.