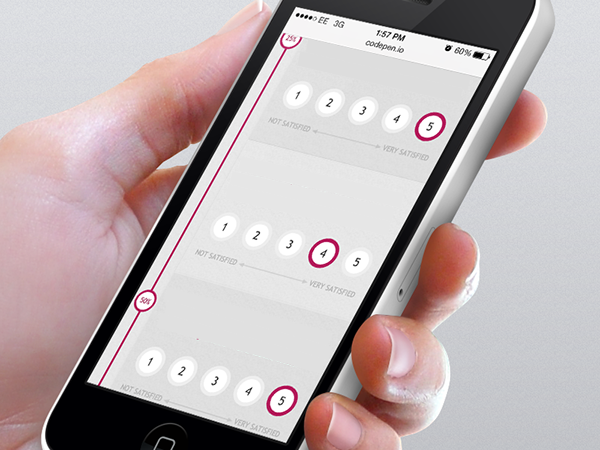 Textbooks, The Printing Press, The Internet, and OER Revisited

Today I saw a post from Stephen Downes’ Oldaily feed, It’s a Long Game After All, pointing to David Wiley’s most recent post of the same title. From Downes’ perspective,

Reading this post feels a bit like reading one side of a conversation. David Wiley writes of responses to his recent post about the role of practice in learning, but with only four comments, and no links to other responses, we are left guessing a bit, especially about the responses that “called the discussion of practice unimaginative and accused me of underestimating the pedagogical change that OER is capable of catalyzing.”Stephen Downes

I read the comments on the original post, and tried to search for tweets related to the post. What I learned today is that you can search for a URL that’s been shared (maybe I’m the only one that hasn’t done that before). What I was reminded of was that twitter is awful for scattering discussions. It was difficult to find much trace of conversations there aside from an exchange between Geoff Cain and Clinte Lalonde (which based on how the replies were structured, did not fit into a single thread). Below are two threads I could find:

Such a meaty post from @opencontent that opens with a fantastic historical look at higher ed resistance to mass produced “textbooks” enabled by the printing press & concludes with compelling argument that OER needs to be more than static textbooks https://t.co/IDbuNQTJ4Y

My experience with “homework systems” from publishers hasn’t been good. Typically, they are a way to “provide a value-added experience” to lock in students at an extra cost. There are other ways of teaching & learning, both old & new, that are effective with no cost barrier.

I think if you click through on Geoff’s tweet you’ll get most of the second part of their exchange. Anyway, at the risk of sounding egocentric, perhaps part of David’s most recent post took my recent Quick Reflection and Web Mention about Textbooks, The Printing Press, The Internet, and OER. I hope it wasn’t taken strictly as an accusation of promoting drill and kill practice, or as being unimaginative, if it was that certainly was not my intention.

I scanned back to the original post and I may be missing the argument for OER exactly. I took the argument to be something like:

One further piece of context David provides is:

…the internet is largely defined by its capacity for interactivity (with other people, with dynamic systems, etc.). An online system can automatically generate and provide a large number (in some cases, an infinite number) of practice opportunities. Feedback can be provided for each practice opportunity immediately.David Wiley

So I’m still a little confused about why OER came up in any critiques in the first place, aside from its presence in the title of the post. OER and the OER community is mentioned throughout, but to me felt a parallel track to the discussion of internet as a technology to enable practice and feedback. That aside, lets look at practice and feedback again. Both of these items I know are important for all kinds of learning, as I mentioned in the previous post, I’ve used digital tools for practice and feedback in informal learning contexts such as studying for my last Judo exam. Heck, I built out a whole SPLOT site to help me study for written, Kata, and Gokyo No Waza examinations (the latter two being practical exams), and the video David included in his post where his son throws a ball into a basket with his eyes closed is pretty spectacular. A number of the examples I pointed to in the previous post that came to mind for internet enabled pedagogical approaches focused more on interactivity and connecting with other people, and less so on the practice/feedback loop specifically, so I hope to provide some thoughts to extend that discussion to focus on the loop.

One example that I talk about quite a bit through consultations was our implementation of H5P in a calculations course. This was a course that was previously embedded as guest lecture spots in other courses in the programs that the program directors/coordinators wanted to make a stand alone, and online option. Throughout the entire course we mapped the learning objectives to content and H5P quizzes which provided a chance to practice with immediate feedback. The feedback indicates the potential error that students made in the calculation as well as a reference back to the specific section in the content that goes over the concept(s). It’s rudimentary, but it at least the same learning outcomes as a lecture, practice questions in lecture, and an end of term test. With further development, it could be even better. All of this was completed by humans creating the questions and inputting the data, no automation of the creation of content but automated delivery, checking, and feedback. (checking, not grading in these activities).

In terms of generating large numbers of practice opportunities I tend to think of a python project I worked on with a mechanical engineer as well as Donald Clark’s descriptions of using AI to create assessments for Wikipedia pages. The former was a program created by the mech eng professor that would automatically generate tests within specified parameters for his students to practice. The size, and number of teeth on gears and spindles for example, or the length and diameter of shafts could all be generated by the program and it would calculate the answer for whatever we specified. This way, his large class would have practically limitless chances to practice with the concepts, not just recognizing the problem presented and recalling the answer. They would have to perform calculations and input that into a textbox (no MCQs here). What was missing was the feedback, beyond a simple correct/incorrect. That could potentially be programmed in, but I never saw that development due to a role change. Autogeneration of questions, in my experience, has typically has a bias towards calculated questions. However, the way that Donald Clark describes his work with AI seems to be the ability to scan text or video and the system comes up with fill in the blank type questions. It apparently started as an idea to turn Wikipedia pages into assessment opportunities. From the descriptions I’ve read or hear him talk about in interviews or on twitter is that this prototyped system would ask a a fill in the blank question, provide correct/mostly correct/incorrect indications and then also provide links to related Wikipedia pages. Apparently this was also tried on a training manual for a company. Not quite the feedback that I think David Wiley is describing in his post, but a step in that direction.

Going one step further, a presentation and then paper I found thanks to Martin Weller was about providing feedback on short answer and long answer student writing:

Thinking about these  examples though, I see them as using the internet for access, but not necessarily using the potential provided by the internet (exclusively) for learning. In all three cases they have capacity for interactivity with dynamic objects, and in the case of the AI thing, point back to the internet for resources, but overall these could all be done on a single machine. In the case of the AI tool for example, when a student encounters it, it could be in the form of a SCORM object, which can be used offline (you just wouldn’t be able to follow the Wikipedia links). I’m not sure about the specifics in the feedback systems described by Denise Whitelock at this moment though, so I could be wrong about that one, but this is why in my previous post I mentioned that digital may be a better way of framing practice/feedback capabilities than the internet for this particular “One (of many) Answers”.

A different example which does not use the system itself to provide immediate feedback, but I think is an application/example of a “capacity for interactivity” especially with others, is a platform called The Game of Writing created at UAlberta by Roger Graves. This leverages peer review techniques as well as the internet’s capacity for interactivity. This activity can be done offline, but the interaction within the platform r relies heavily on the ability for users to engage using the platform through the internet. Here students get to practice their writing, practice giving feedback etc. While feedback is not immediate in the sense that David describes, it is timely and useful.

I hope to see more examples where the internet is leveraged for its capacity for interactivity beyond what is typically seen right now. I know Clint Lalonde is working with a group in western Canada to create an open homework system (which is where some of the thread on twitter following David’s initial post went) which could in theory exhibit many of the same design features which get criticised as ‘drill and kill’. Given the interest in enabling new pedagogies in Canada, I’m confident their team will incorporate features to enable practice and feedback beyond what I’ve traditionally seen in subscription based homework systems. I’m very much looking forward to seeing how it shapes up.

“Responsive feedback form” by Daniel Kemeny was adapted by JR Dingwall and is licensed under CC BY-NC 4.0