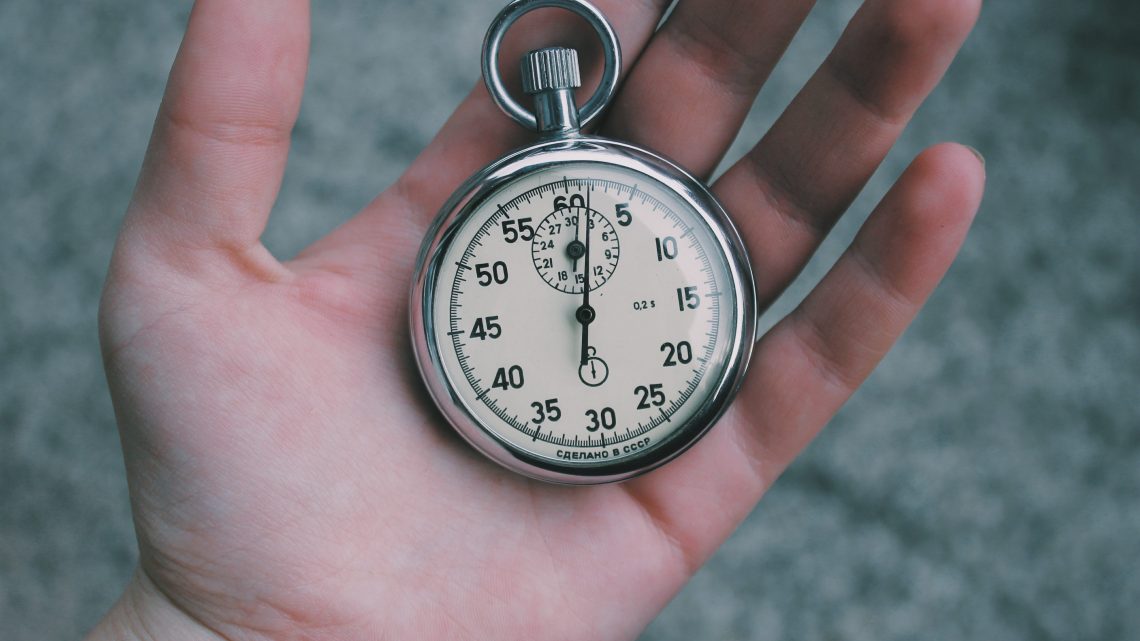 Unfair at Any Speed?

I came across this article via Laura Gibbs on twitter yesterday and the quote caught me a bit off guard,

really glad to see this article in Inside Higher Ed:
Unfair at Any Speedhttps://t.co/JATMdFKLS6
quote “Our current Taylor/Thorndike industrial, palletized, time-based, one-speed-fits-all model is unfair for any speed of learner.” pic.twitter.com/nftF2RN32a

While we are able to be critical of much of Thorndike’s influence in education, this was a new line of criticism I hadn’t encountered before. Leading in with the statement, “Faster students are smarter students. So declared Edward Thorndike of Columbia University’s Teachers College a century ago” – a statement you could make of most behavioural psychologists involved in education – the article forms an argument against the time based structures within universities. Early on, the author lays the ground work for the influence Taylor and Thorndike had in education leading to, “…standardizing time for classes, homework and tests, students could be sorted and ranked based on how long it took the average student to complete a task.” The author does reference Rose’s book The End of Average: How We Succeed in a World That Values Standardization which aparently describe’s Taylor’s mission to eliminate inefficiency in business. Sounds like a fmailiar aim of behavioural psychologists dipping their toes into education. For example, B.F. Skinner,

In his autobiography, B. F. Skinner describes how he came upon the idea of a teaching machine in 1953: Visiting his daughter’s fourth grade classroom, he was struck by the inefficiencies. Not only were all the students expected to move through their lessons at the same pace, but when it came to assignments and quizzes, they did not receive feedback until the teacher had graded the materials – sometimes a delay of days. Skinner believed that both of these flaws in school could be addressed by a machine, so he built a prototype that he demonstrated at a conference the following year, resulting in a brief write-up in the Science News Letter.Audrey Watters

Now what the author in IHE does not include are quotes from the book so it is uncertain for me to know if his reference to Thorndike is from that book or other sources. We will need to park this item on the table for a moment.

So, after making the argument that requiring students to complete all their tasks in the same given time is inequitable – which I’m a little confused by this line of argument in general because in Canadian institutions we have entire units dedicated to support student success through extended exam writing times etc. – we return to the quote that brought me to this article, “Our current Taylor/Thorndike industrial, palletized, time-based, one-speed-fits-all model is unfair for any speed of learner.” What appears to be the pitch by the author is a move to, …”proficiency-based learning, flexible learning pathways and learner-centered accountability to ensure high-quality teaching and learning is every student’s right. In this model students are held to high expectations and work until they meet them, every day.” There is some mention of competency based learning designs.

So here’s why my surprise and confusion came from. The pitch seems to be, these things are happening in education, they are bad, they came from Thorndike, and we need to reject them. Not only should we reject them, but we should replace them with these new ideas. The only problem is that many of those ideas and the way to execute them stem from Thorndike!

These new approaches come in a variety of forms and with different names through the 20th century. From programmed instruction (think Skinner and his teaching machine), to PLATO (computer assisted instruction), to mastery based learning and competency based learning (think Robert Mager in the 1970s), to adaptive and personalized learning (what folks like Khan Academy pitches as a new way to learn, watch videos and try the assessment until you succeed). The technology we have today can execute these designs in ways that Thorndike wanted, but could only dream of. 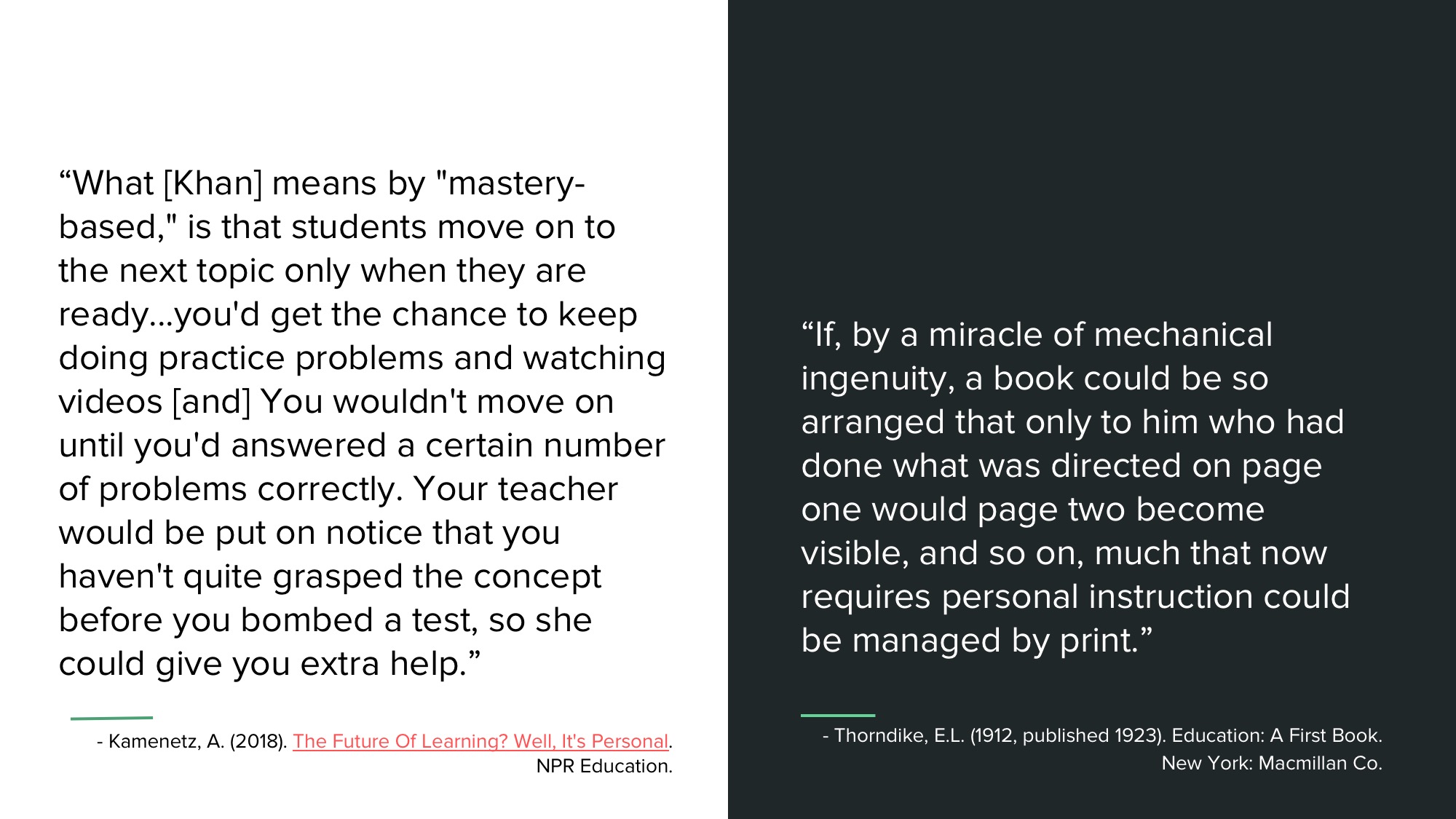 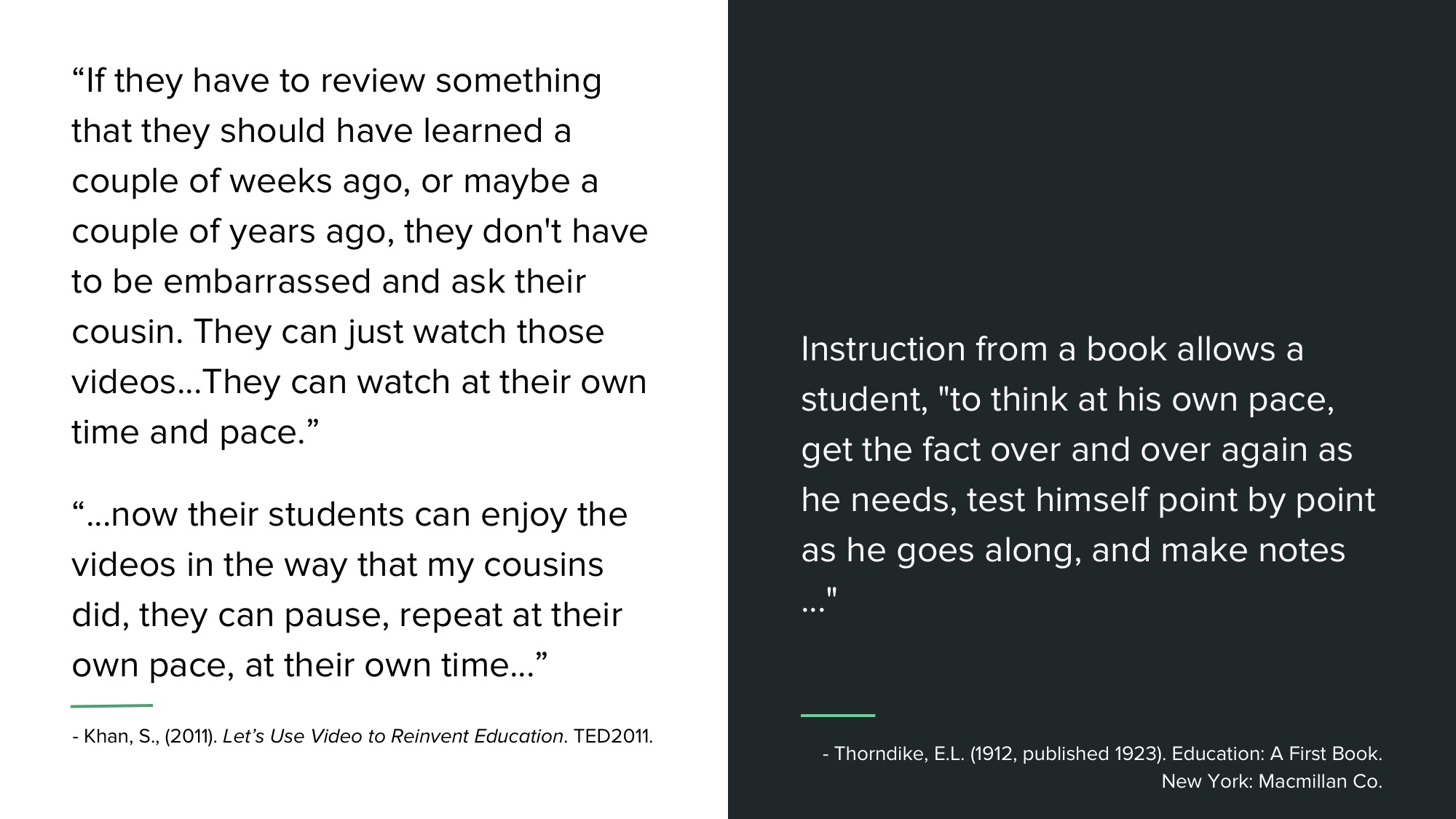 (Slides from What is Old is New Again: Patterns in Pedagogy and Educational Technology)

It is the writing in Education a First Book that leads me to believe that it was technical, practical, and systemic limitations that kept Thorndike from being able to create learning that was not a ‘one-speed-fits-all’ model. If this author had provided further evidence about Thorndike’s writing to support his argument I might buy it. But that is not the Thorndike I’ve come to know through these works and works of education researchers and writers. I think the author is overlooking Thorndike’s influence in the current rhetoric around “…individualized, adaptive and guided learning models where failure is not an option.” and we should be cautious and  critical of grand pitches as presented here.

Photo by Veri Ivanova on Unsplash