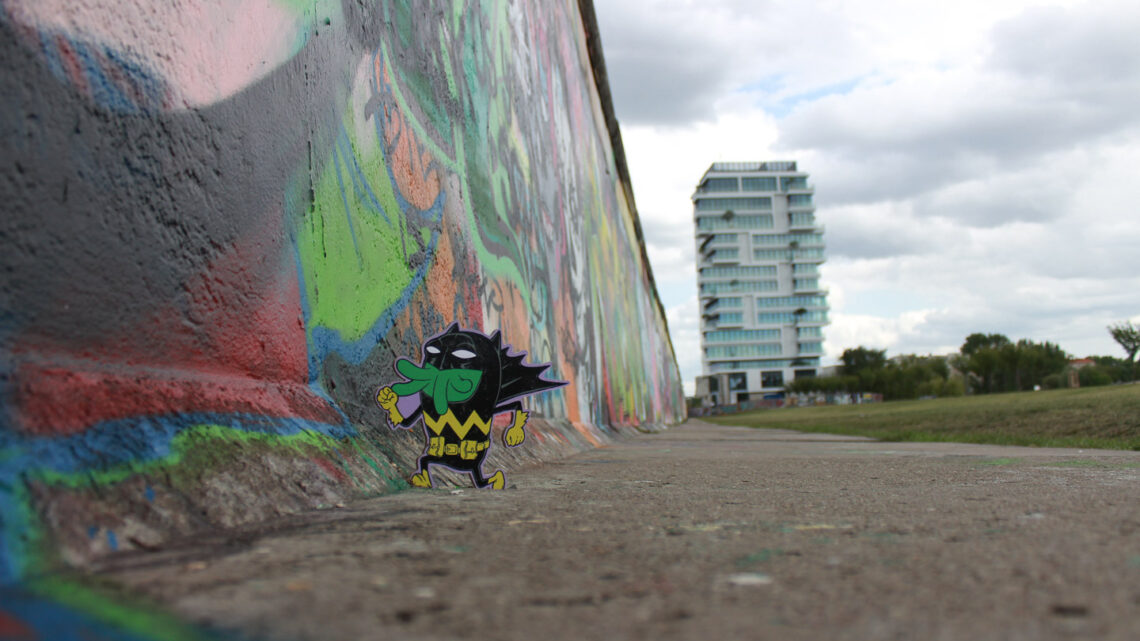 Earlier this week I was in a conversation with some colleagues about annotation activities. If I recall, the question raised was if anyone on the call had seen an effective use of class annotation activities. Now, I know there has been a lot of talk about annotating the web with hypothes.is, that it is integrated with other tools I use such as Pressbooks, but I’ve really only used it once. I’ve seen around Twitter as well that some instructors are using that tool for different projects and appear to be happy with it. I’ve used it a little bit just personally, but if did not make its way into my everyday toolkit the way that many other pieces of edtech have over the years.

For annotation I used to use Diigo but I only ever had the free account, so I hit the ceiling pretty quick. At the time I was in grad school and wasn’t making comments so much as I was highlighting items to pull quotes into Diigo off the web and at the same time tag and get bookmarks. This made it much easier to track where I had seen things. If you’ve read other posts on this blog you’ll notice that these days I’m often saying, “I know I saw this somewhere but can’t find it again right now”. So obviously there’s a gap in my workflow here.

One thing that always comes to mind now whenever web annotation comes up are a couple of posts from Audrey Watters from 2017. The first one, Un-Annotated, explains that she has added script to her site that blocks annotations from tools like hypothesis. It seemed shocking at reading the first line, but if you haven’t read this post you really should. She also covers how she turned comments off on her blog in 2013, and it’s a move I see more and more from the most prolific writers I follow. No one can say it better than Audrey, so here’s a quote from Un-Annotated:

My blog. My rules. No comments.

Shortly after that, Audrey posted More Thoughts on Annotations, where she clarifies a few things including:

You can still annotate my work. Just not on my websites.

and this final statement that just left me sitting dumbfounded in my computer desk chair:

We seem to have telescoped authorship and scholarship into the digital in ways that are remarkably unhelpful. People become “content,” and calls for easier, more “permission-less sharing” seem to encourage folks to make demands on writers online (even in their own personal spaces), thinking they’re simply querying texts.

After these posts I pretty much wrote off annotation tools in my mind. I would see them pop up overtime, and sometimes on websites I went to would seem to have hypothesis enabled so even without an account I could see what people were marking a page up with. It seemed to me a bit like a Google Doc where viewers could also drop comments in, which if you’ve done big GDoc work you’ll know gets out of hand and hard to follow after not much time at all. But the big difference is that with the GDoc you have to invite people into your (I use this loosely) space, where as the annotations are like someone tagging your fence as they go through the back alley. You might not see it for quite a while and it might signal to others to contribute as well. I saw this come to a head during some of the latest debates about one of the recent Open Ed Conferences. Loads on annotations, critiques, that I’m sure the author had seen and gone through at some point, but in a way it felt like a sleight of hand as an observer.

Overall, our conversation ended with there are other ways to annotate in general, and if it is group writing there are other tools for students to work together. (updated)

Our conversation moved to wiki, and this post had begun as a post where I wanted to revisit FedWiki. In the early Beta of Reclaim Cloud I saw some chat on the community forums about possibly getting FedWiki working on the service. This can be done via Docker Engine as you can see here, and spinning it up works so nicely. Big shout out to Katie Hartraft for this great tutorial on connecting Reclaim Cloud environments to a Reclaim Hosted domain. One thing I noticed since I had been following Jim’s advice of Turn off the Cloud Lights is that if you turn the lights on, it takes a few minutes to get access to the panel you need to bind the environment and DNS.

Once I got it up and running, I started playing around with it trying to remember what I had learned when I was enrolled in The Happening II: Teaching Machines. That is the short course where FedWiki burrowed into my brain. In the words of Mike Caulfield’s video title: Federated Wiki is Hard to Learn, Easy to Use.

As someone taking a program in UX/UI, this intro video by Mike is mindblowing. He’s not kidding, it is hard to learn, but once you get in the flow of it, it is pretty simple. I recall having to look up a lot of markdown tutorials as well when I was in the course.

A better explanation and demo of Federated Wiki

Mike Caulfield made a number for videos for The Happening I & II. The following video does a really good job of showing FedWiki along with an explanation of the layers of use and interesting aspects to it. One big takeaway is that it is different from apps like Evernote etc. because you move from capturing knowledge to connecting it. While I was engaged in The Happening, I focused mostly on FedWiki as a way to do collaborative writing, but the idea here to use FedWiki for personal notetaking is an interesting one.

The final thing I’ll say here is that what makes FedWiki different from other writing tools, even from other Wikis, is that it can act as a divergent tool as opposed to a convergent one. On “normal” wikis each page slowly tends towards consensus. GDocs, same thing. Because FedWiki can break out ideas and create a bunch of different nodes and connections to those nodes there is more opportunity to have ideas spin off and grow into something new and unique. Unlike with comments or annotations, the node is copied and edited. Then when you search for the title you can actually see all of the different versions and takes. All the little squares show you how many have actually written on that specific topic. Mike refers to it as “taking a walk through the neighbourhood” which I quite liked. You get to see all the houses, lane sheds, and garages pop up. Sometimes they look the same, sometimes quite different.

Photo by ME, JR Dingwall.